Fun Fact: By the mid-1700s, the Ihanktonwan Nakota (Yankton Sioux) hosted an annual trade fair near the confluence of the James and Missouri rivers, a precursor to the flea markets and swap meets of today. (Source) 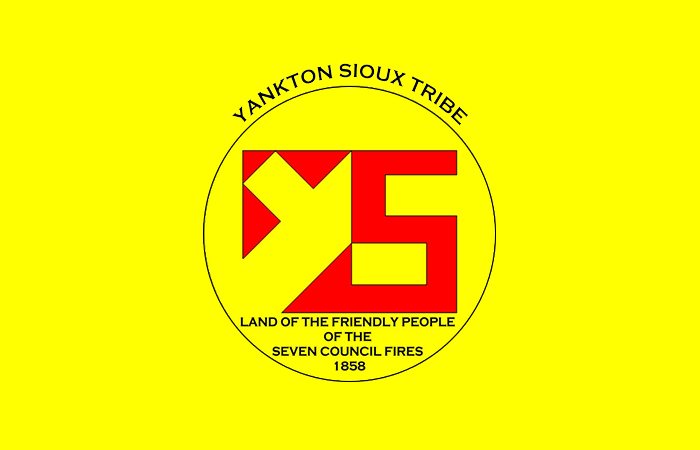 The Ihanktonwan (Yankton or End Village) and the Ihanktonwana (Yanktonai or Little End Village), who refer to themselves as Nakota, are known as the Land of Friendly People. In keeping with their name, the Yankton were the first Sioux Tribe to meet the explorers Lewis and Clark and hosted two days of ceremonies and feasting in their honor in August 1804.

The Yankton Indian Reservation is located in southeastern South Dakota, with the Missouri River forming its southern boundary. It is the second-largest Indian reservation in the United States that is located entirely within one county, Charles Mix County. The Tribal headquarters is located in Wagner, one of seven communities on the reservation. The landscape is comprised mostly of farm land with some small areas of timbers, with rolling hills and shear bluffs along the Missouri River.